... here comes the next wave of baby modeling shots. Oh, there's one of me and Kyle thrown in there, too, for contrast. =)

These are in reverse order. This was Ellie at the very end of the day. You can surely imagine the accompanying dialogue. 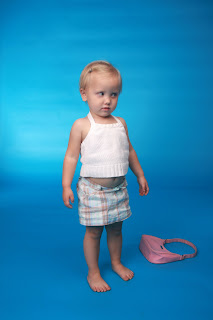 This one was taken while I was helping Ellie at the squatter. How they managed to successfully evoke an inebriated expression out of a baby holding a beer bottle, I don't know. That's what makes them trained professionals. 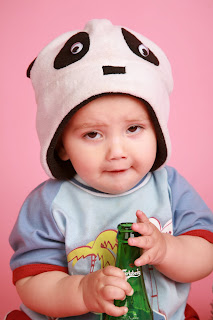 I'd like to Photoshop my arm out of this one so Ellie looks all independent and koala-like. 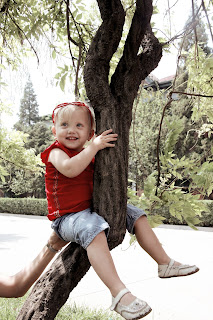 Yes, your observation is correct: Didi is wearing Ellie's shoe. Chastisement from the general public (the Chinese fliiiip out about babies and their cold feet, and cold heads, and don't get me started on cold bellies...) about my child's poor, cold feet finally made me cave. For heaven's sake, we were INDOORS! 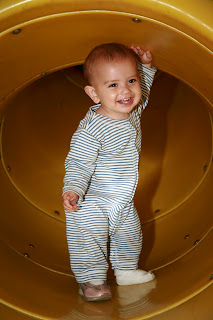 I find kids (and of course beagles, Christie) wearing glasses one of life's more amusing spectacles. Good thing, too, because with our set of genes, our kids will be sporting prescription lens' in the very near coming years. 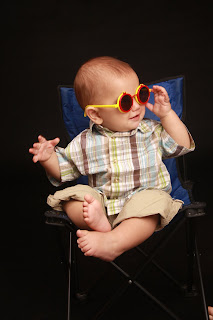 I'd be nervous with Didi behind the wheel, too, Elle, especially if he takes after his maxophobic Mom. 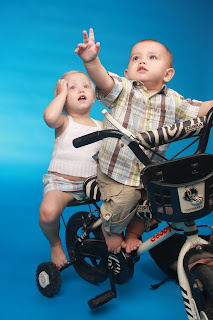 The kids will never be this refreshing combo of ages in China again, so was it too much to ask for a single photo of them smiling together, adorned in Chinese faux-silk, perfectly content and frame-able? Yes, it was. This was the best of the lot. 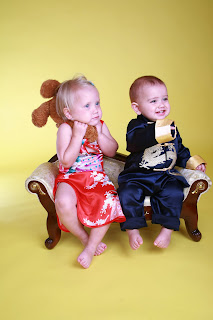 This is why I love candids so much. You can't command a toddler to inhale the deep aroma of plastic roses with this degree of determination. 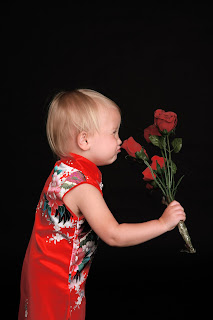 Forget Origins and Oil of Olay-- the best remedy for complexions is black & white photography! I mean, is there a way to carry around a color-muting screen over my face all day? Too bad in Chinese culture black and white photos are strongly associated with funerals. Boy, will I look good in my obituary! 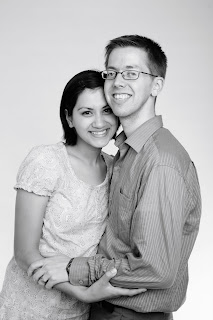 Props to Kyle's sister Tana for the homemade panda hat that has gone over exceptionally well in this country. I hear rumor of a new Kung Fu panda show soon-to-be gracing American screens... perhaps this will boost your headgear revenues, Tana??? 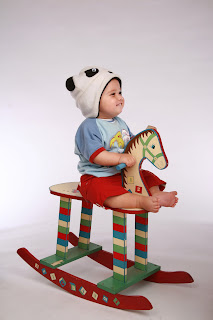 I don't mind the pink backdrop-- this one's actually my fave. It reminds me of my baby sis Mish (sorry, even though you're an adult now, you know well that you will ALWAYS be my baaaby sister, at least as long as you're so snuggly and stinkin' adorable) making her newborn debut from the hospital in a Christmas stocking. 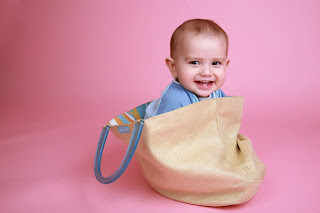 I love this shirt you sent, Grandma L, even though in Tianjin it never stays white more than five minutes. So here I must also give a shout out to Mish (haha, that pun was purely accidental) for sending that superbly useful Shout detergent pen. 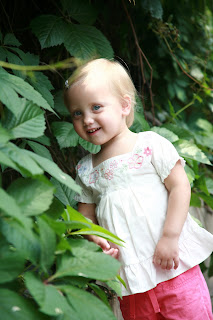 Do you ever wonder what they're thinking about and who they're gazing at over your shoulder? I believe babies know a lot more than they are able to disclose. 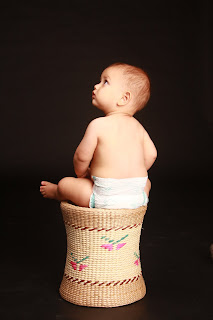 Again, my vain ambitions... this is the closest we could get to "playful, natural sibling love." At least one of them is crying in all the other twosome shots. 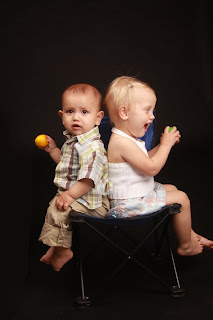 This concept would have been captured better in the nude, but still there's such an endearing vulnerability to a baby donning angel wings and smiling through his tears. I'm still working on growing mine, Dad. =) 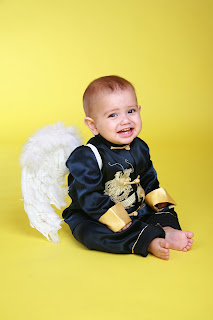 The photographer made a cute little storybook from the photoshoot, starring Princess Ellie as Sleeping Beauty, of course (unfortunately, this creation was not included in our free package, though we're still attempting to secure it in digital form). It was all nonsensical, misspelled English, of course, but that added to its charm. Despite our attempts to stifle her "I'm a princess who's obsessed with pink and poofy dresses so I can have whatever I want and there's nothing you can do about it" attitude, the girl remains quite convinced of her royal status and claims affinity for all things pink and poofy. ("But Ellie," I encourage her, "Blue is a great color, too! Did you know green is MY favorite color? I think I'm going to wear pants today-- would you like to wear pants, too? They're just as pretty as poofy dresses!") 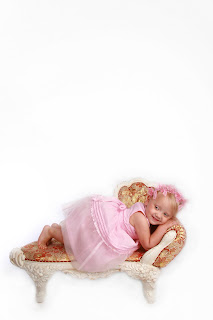 Just like her mama... coupons are surely worth rejoicing over. 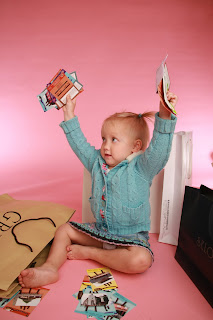 Okay, you'll love this: while browsing the proofs, I immediately recognized that something is abnormal with Ellie's face in this and several other outdoor shots. I'm going to let you all guess, though, and disclose the secret at the end of the post... 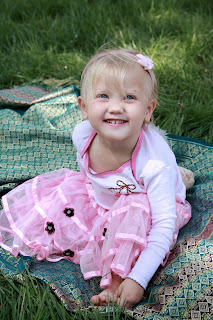 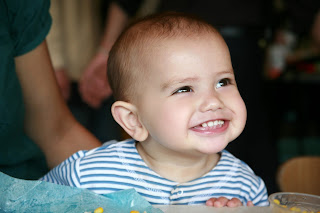 No words escape Ellie's mouth more frequently than the fiercely independent assertion, "No, I'LL help YOU!" And actually, her helping herself does free up a small portion of my responsibilities, so I can't very well complain. Unless we're late and she still won't let me help her dress or eat. 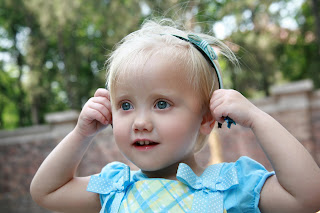 Well, did you guess it? 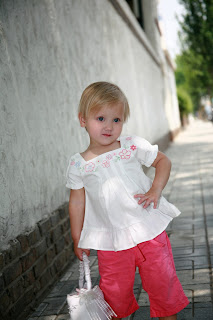 Does Ellie look suprisingly well-rested and China doll-esque to any of you? They completely Photoshopped out (haha, that is an official verb by now, right?) her undereye circles. I always thought it a shame that Ellie should inherit all of Kyle's good features and yet be burdened with my nose and undereye baggage, particularly with such a fair complexion. Still, though this face could grace Parenting magazine covers, I remain partial to my shadier-eyed girl.

It's not that I'm offended that they would presume to alter the complexion of my two-year-old, but well, I guess I don't exactly know why I dislike her shadow-less eyes. Because the other her is the real one? Because she's too young to be addicted to concealer like her mom? Because every mother believes her children to be perfectly good-looking? Don't know, don't care. I'm happy the pictures are cute, and happier that the models are mine for keeps.

Your children are perfectly adorable. The pictures are beautiful. I love them (both the kids and the pictures)!

That last one was me. I was just signed in as my mom. Still love the pics.

What a perfect keepsake from China -- all these adorable pics of your kids!

Wow! I love those pictures! Your little angels are so photogenic! I only wish I had taken them :)