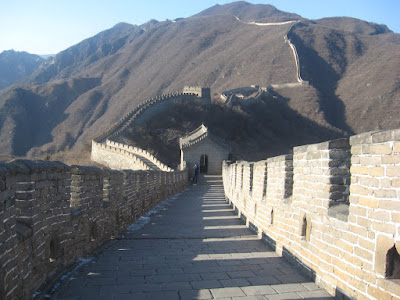 After welcoming Mom and Dad Larsen to China, we rented a van (and driver) to take us to the Great Wall, almost 2 hours outside of Beijing. This world wonder was much more spectacular than I had expected, though I'm not quite sure why. I'm positive that the beautiful weather, transparent blue skies (rare in the city), and the remarkable vacancy of tourists added to the experience tremendously. In fact, during the three hours of exploring, we only saw three families on the entire wall!!! (Being alone on the Wall is extremely rare. Normally, thousands of people stomp around the wall on a daily basis; lucky for us, everyone was traveling in preparation for the New Years festival tomorrow.) Being the only ones willing to protect China during the holidays, I'm just grateful that no ancient Mongol armies approached us because I wouldn't want that ruining my vacation. 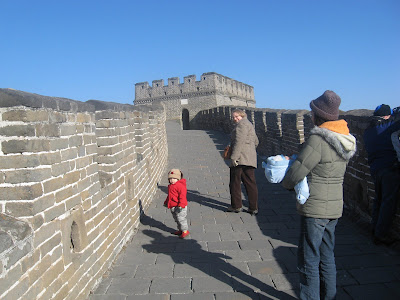 As we rode the cable car up the steep mountain side approaching the Wall, I was deeply impressed that anybody could have made such a remarkable project without modern technology; the Wall somehow follows the tallest peaks and steepest drop-offs. Suddenly (though this is no new epiphany), I realized that the workers must have dragged the burdensome stone bricks and all their building materials up the mountain before they could even begin construction. As I carefully scanned the serene location, I noticed that the wall continues on the farthest mountain peaks, and, it also wasn't one single wall but a network of walls that connected together in multiple places. 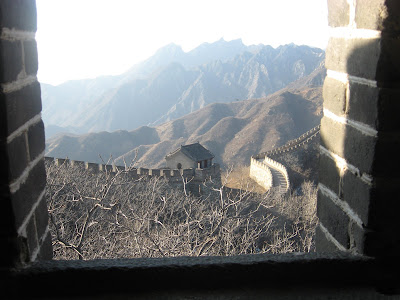 China MYTHBUSTERS: You can see the Great Wall from space= MYTH!!! Though this wall truly is great, it is impossible to see it from space. If you measure the greatness of a myth by how many people really believe it as fact, this myth would be among the greatest.

After helping grandma, grandpa, and the kids on the cable car down, Tiffany and I marched some distance across the wall towards the famous Great Wall toboggan track (we bought expensive tickets to slide down the mountain in youthful glee). We arrived there fairly exhausted, and were greeted by locked doors. All the workers had gone home early to celebrate New Years. Instead of resting our weary legs in an exhilarating sled ride, we walked down the side of the mountain where we found my mom frantically searching her phrasebook for a way to say something like: "rescue my injured son off the wall" because they had anticipated us much earlier, of course. Fortunately, there was a nice path, and it was shorter than we first anticipated. 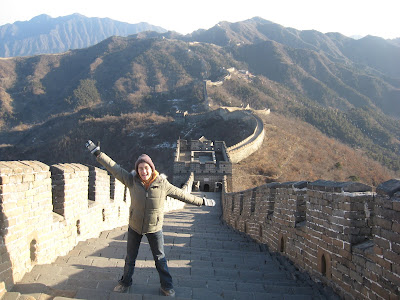 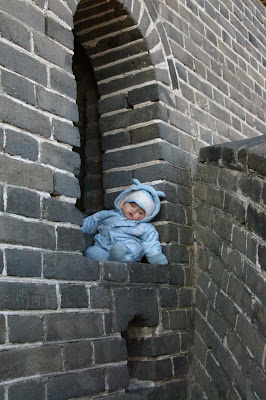 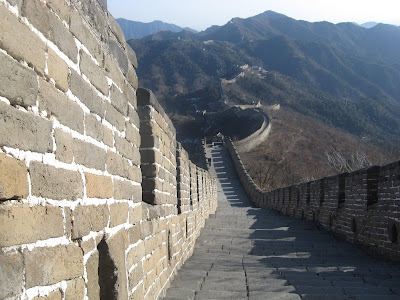 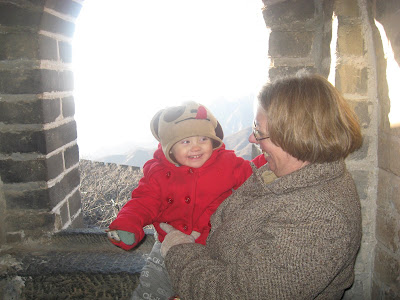 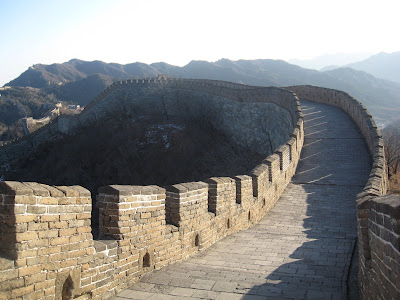 That is so spectacular, I wish I could see it like that too. Also, enjoy your New Year's! We hung construction paper lanterns, made egg drop soup and stuff like that, and ate with chopsticks. Maybe we'll post some pictures for you.

it is so gorgeous there. i have to take a trip to china one of these years...

that is so cool! I must admit, I was one who believed that you could see the wall from space. thank you for ending my naiveté.

"I guess the hard thing for a lot of people to accept is why God would allow me to go running through their yards, yelling and spinning around."