Here's my inspiration for this party... 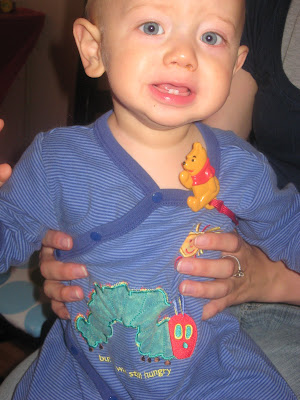 I mean the jammies (which read "but he was still hungry"). Although not nearly as accurate of skinny Char as they were when tubby Erik wore them, I still always loved the parallel between the chubby caterpillar and a lunch mouth baby. Throw in the bright and charming illustrations of Eric Carle and my affinity for book themed parties, and I had myself a pretty little party plan down pat. 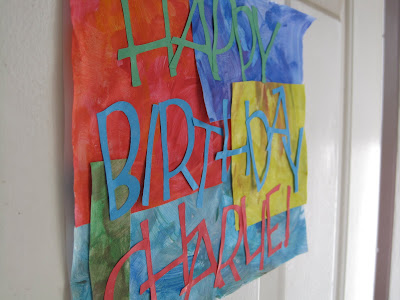 I used leftover streamers from Erik's prehistoric jungle two weeks previous and sewed them together all ruffle-like. Okay, I know. Even I felt a little stingy recycling crepe paper, the epitome of cheap party decor to begin with. For the record, my primary motive was reluctance to make trash. (And yes, I neatly rolled and saved them afterward for continued use.) 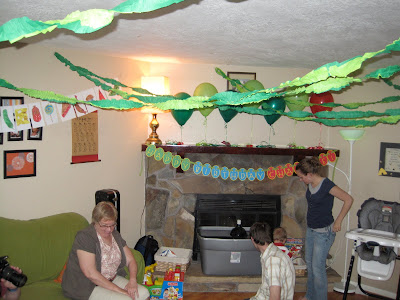 I don't think I've ever done helium balloons at a party before because they cost more than their less-than-chic appearance is usually worth. Then again, am I by any imaginable stretch chic? Okay, it's mostly the cost. However, a caterpillar balloon chain was a little too adorable to resist! 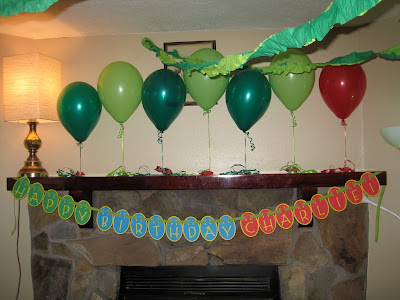 The birthday banner was a breeze, since on this my fourth party employing it, I finally figured out how to operate it without adult supervision. 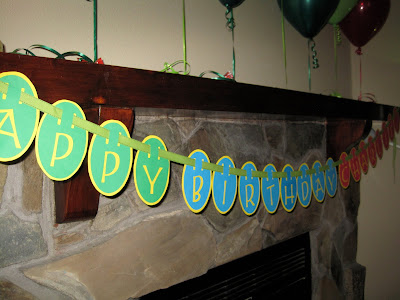 Behold the food banner! I really should have framed this work of art. 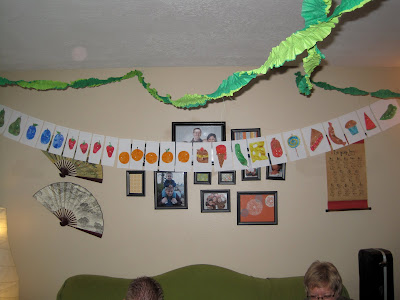 What I love almost as much as how it looks is how easy it was to make. I mean it. I had the kids and their pals paint white paper almost however they would, and after it dried I snipped my way through all the treats that little caterpillar did and voila! A 100% homemade banner that looks basically the same as if Eric Carle had done it himself! Anyone could make this, seriously. But don't, because I'd be more than happy to lend mine out and give it some more glory. 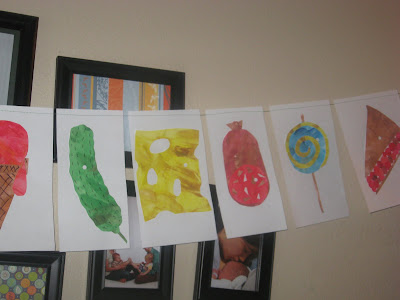 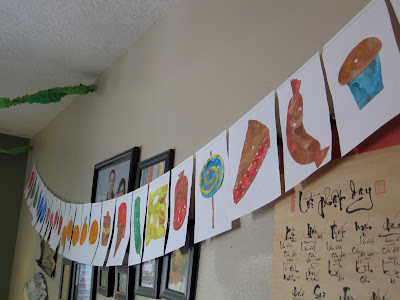 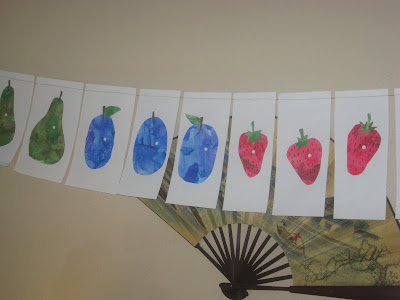 So I guess I picked too many pictures to make my caterpillar look shorter than an anaconda. 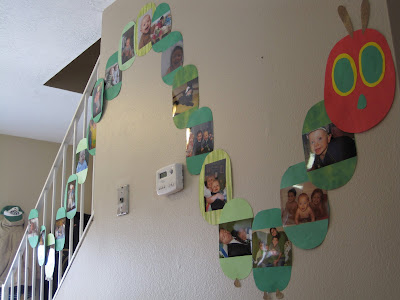 I learned from the party favor time suck of Noe's shower jars and went with mini hair elastics this time. One night while I girl talked with Laurisa over the phone from 10 pm-2am, I punched out a million green circles and made all the tags. It sounds a little cheesy to thank guests for loving Charlie instead of just for coming, but only our bestest and most loyal peeps were in attendance, so it needed a more intimate message. 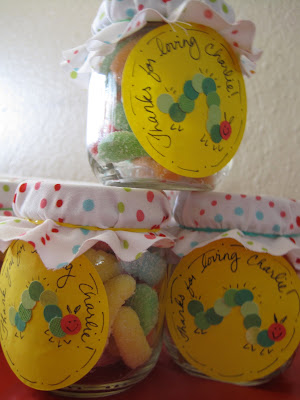 Plus, all those peeps know that baby Charlie tended to be a little difficult to love, so really, I am grateful they still loved him! 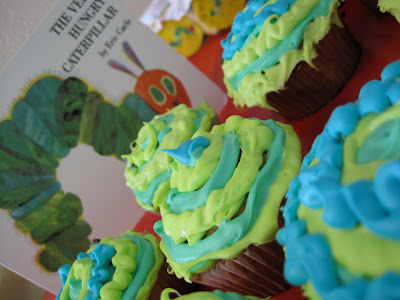 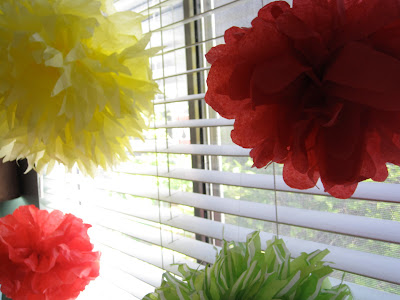 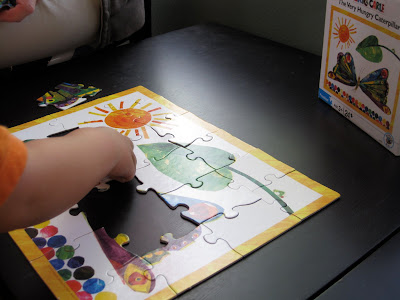 Pretty much the party was a success because of the ball pit, borrowed from the ever-generous Hardys. It just kind of pulled all the primary color and shape elements of the food and decor in, and mostly it substantially raised the decibel level of fun. 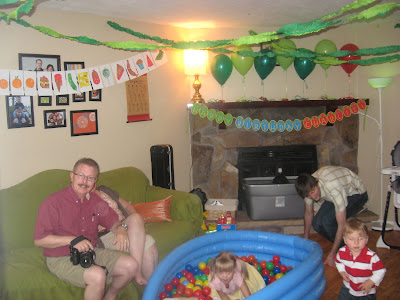 Menu coming soon, although if you're at all familiar with the book (wait, or even if you looked at that food banner) you know what's coming. Who doesn't love a good food photo, though?

You are so amazing. I can't wait to come to another one of your parties some day.

As always, you're amazing! I love this book and I love food so you made an excellent choice!

Charlie certainly had one of the best first birthdays of recent years. It was fun, expecially when the earthquakes hit the ball pit.

I forget why we missed charlie's party. Was I in Italy? Anyway, it looks awesome as usual. The sad thing is that for a while at least the parties will be in AZ and I'll miss them all. Mostly I miss you, more than the parties.