I recognize that I've taken a hiatus from blogging lately, and there's a perfectly sound explanation for that: Ellie's all-consuming birthday party, successfully executed Monday morning. 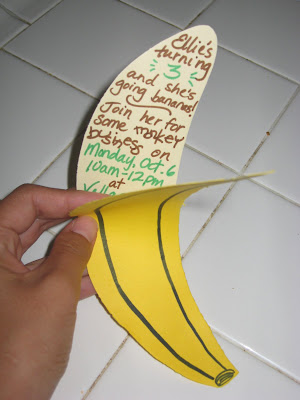 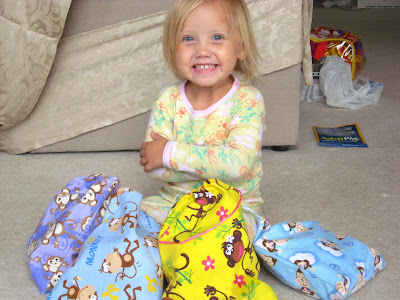 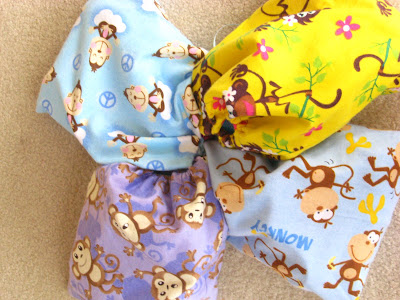 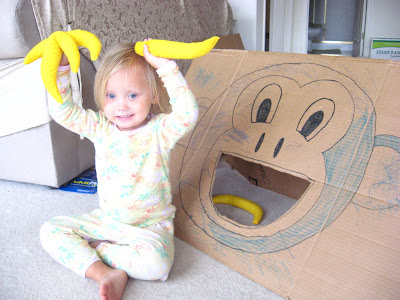 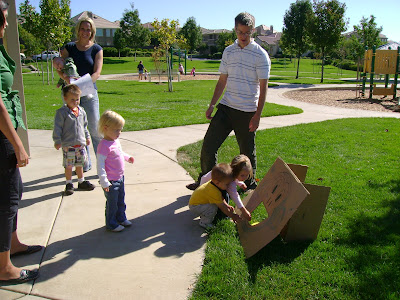 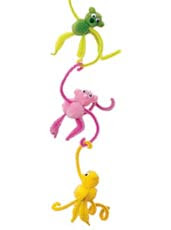 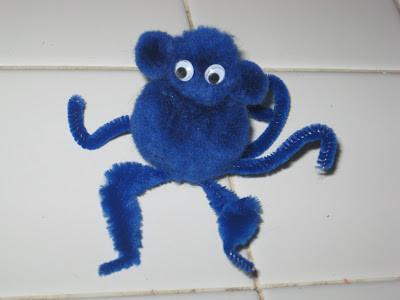 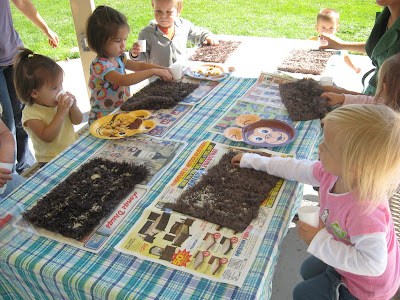 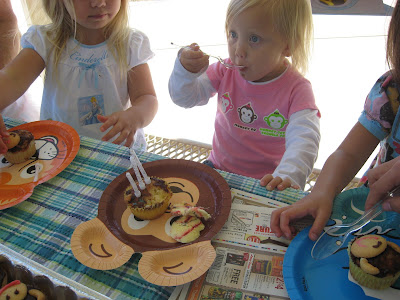 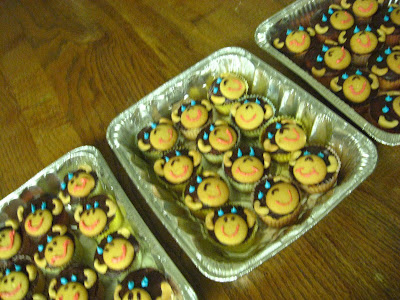 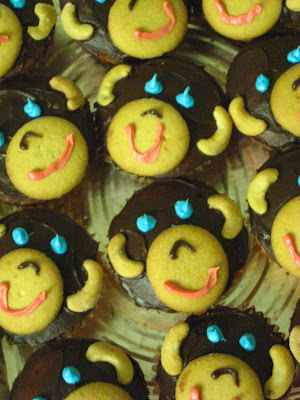 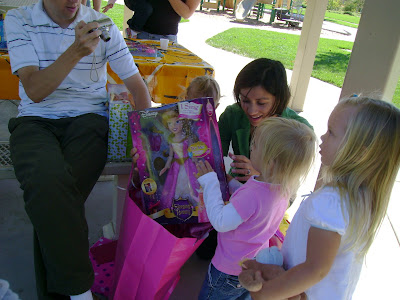 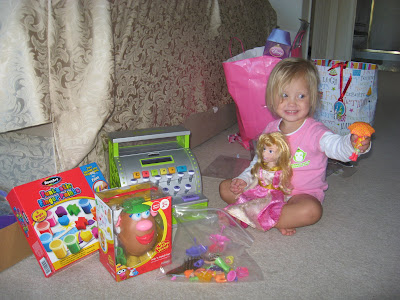 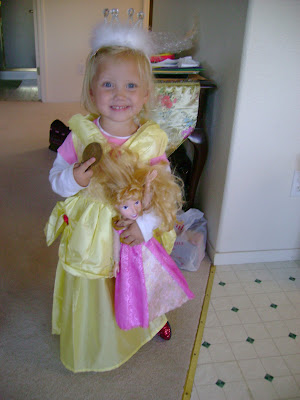 Wow Tiff-WOW! I salute you and your mad party planning skills.

Happy Birthday Ellie!!!
I love your party ideas. The cupcakes are so cute. Ellie is adorable. I wish we lived closer.

Happy Birthday Ellie!!!
You should go into business as a toddler party planner. Bims has informed me that she would like a cow cake for her third birthday, so get to work on that for me okay?

I've never seen anybody do such an amazingly creative party. You constantly amaze me with your talent. Who would've thought that a monkey party could be so cool? Ellie is so pretty in her princess stuff. I always loved girly stuff when I was little and I didn't turn out to be too over-the-top girly. Don't worry, she'll probably not be too o-t-t either.

You and Ellie and your theme-park party are so stinkin' cute. Way to be, Tiff.

What a fun and sweet post! I think I'm going to have to steal some of your super cute monkey-party ideas. You are amazing!

That looked like an awesome party. You are so creative. The cupcakes were so cute. I impressed. Happy Belated Birthday Ellie.

Wow! Glad you guys are back in the states safe and sound! What a lucky little three year old. I love the monkey theme, it is soo cute. I am thoroughly impressed with the homemade decor, favors, treats, ... holy cow!

Tiff, that party is fabulous, wow wish we could have been there. Way to go.
Love Na

At first I was marveled to see such a blog.Your blog is sparkling. It has a great appeal.

How are U able to cope such a lot. Meet me at
http://gwb-chinese.blogspot.com/
Waiting with curiosity. To know your innovation.