Easter at the Williams' 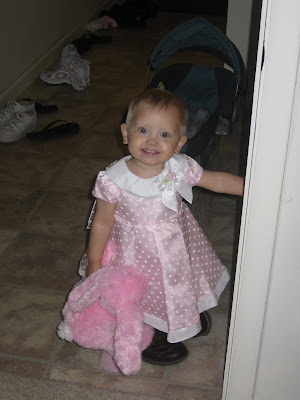 Ellie was almost as excited as I was that it was finally time to wear her beautiful new Easter dress from Grandma and Grandpa Larsen. These days she is getting quite bossy and independent, so insisted on picking out her shoes for church--she decided on Kyle's walking shoes. 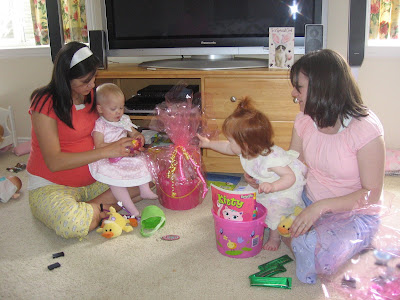 The Williams' (my old roommate Michelle's parents) were generous enough to invite our whole gang over for a beautifully delicious Easter dinner and festivities, including Ellie's first Easter basket. She and Kimberley (Michelle's daughter), of course, were only interested in items from each other's baskets. 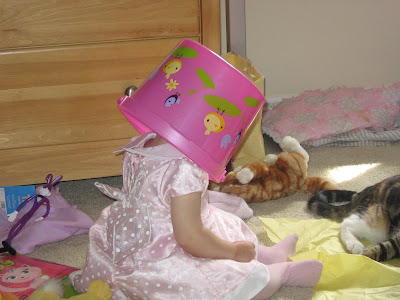 Ellie voluntarily dunced herself here, but we thought this might be a favorable alternative to "time-outs." What do you think? 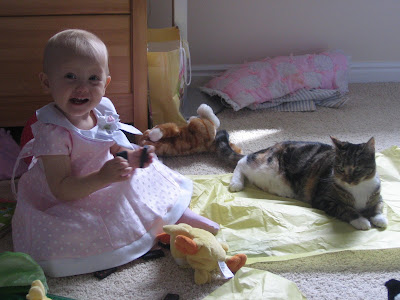 There is never a dull moment for Ellie at the Williams' due to the abundant presence of felines. This one is particularly tolerant of Ellie's tugs and pokes as she chases it around the house exclaiming, "wow! whoa! wooooooow!" 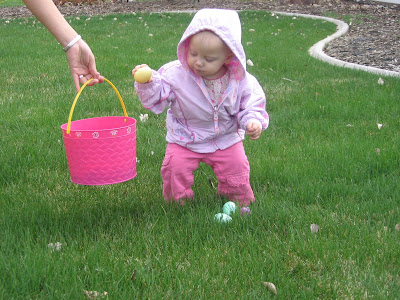 Bryce, Mish, and Kyle did a fair job at hiding the eggs in the backyard, but could not outsmart our little Elle, who pleasantly filled her basket with plastic eggs until she realized there was candy in them, at which point the "hunt" was over. We came home with more jelly beans than even Ronald Reagan could handle.

What a beautiful Easter poster child. Thank you for sharing! Gram & Gramps L.