The way it's worked out best for our schedule and finances, Erik is attending a five-day preschool in a neighboring school district, but only ten minutes away. He's actually in class longer than his big sis! I wouldn't consider preschool necessary for every child, but for Erik I believe this is going to be a critical stepping stone toward a positive kindergarten experience.

Erik's preschool teacher and aide visited us at our house the week before school started, which was thoughtful of them! They also held an open house in the classroom, appropriately adorned with toys. This in combination with the excitement of Ellie starting school and getting to pick out his own backpack led to a completely smooth transition for Erik into an entirely new environment.

For a kid generally very resistant to change, I cannot express how grateful and excited I am that he has so openly embraced preschool! His papa was one of those clingy, crying kids who didn't want to leave his mama's side. Not this boy! It's not easy to get an energetic reaction out of Erik, meaning even ice cream and Christmas morning fall short, but we could tell he felt good about entering school. 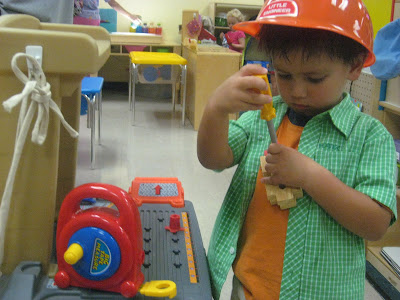 As Erik selected his outfit for the first day of school, he kept verifying with me that his selections were sufficiently cool. Even down to the socks, "Mom, are these socks cool enough for school?" 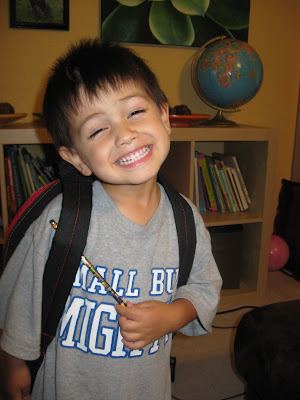 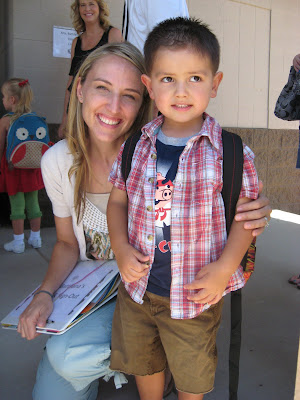 Erik and his teacher, Mrs. B, are going to get along swimmingly. 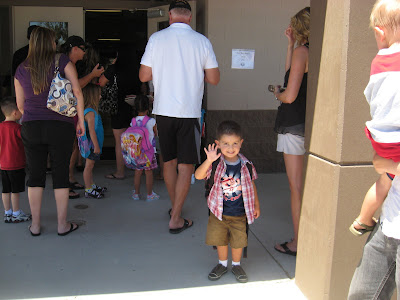 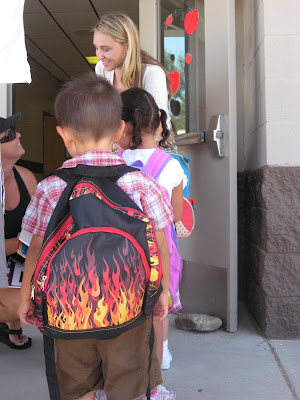 Even Charlie won out on Erik's first day of school. With the parent-child ratio now in our favor, we decided to make a spontaneous stop at McD's for soft serve and germy playland, and then Char was out in a wink for his afternoon nap. I think we've got a good system down for afternoon bliss all around. 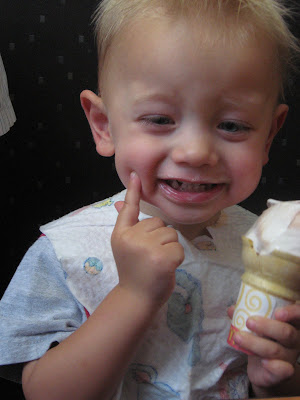 Yeah for Erik! What a champ. And now mom can relax and get ready for baby #4! :) So excited for you guys.

That second photo cracks me up! I totally see you in it Tiff ;)
Hope things are starting to look up for you guys!